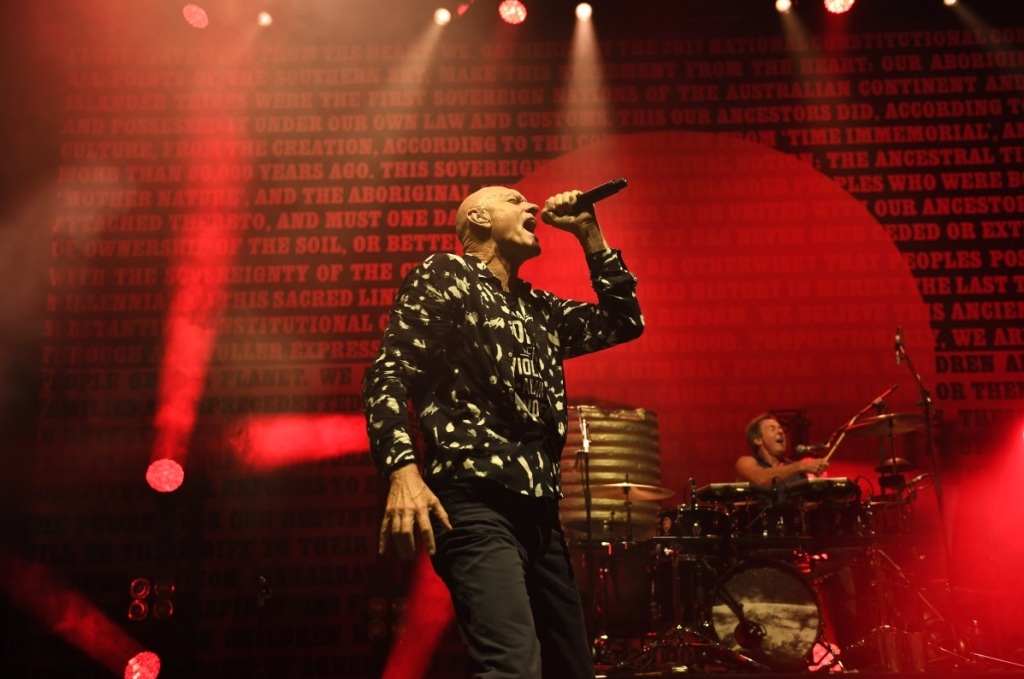 Midnight Oil still has the power, but not the passion for touring.

The Australian rock icons are calling time on touring, though the door remains ajar for new recording projects.

The live “chapter of their career will come to a memorable close next year,” when they’ll hang up the guitars and share 12 new songs, released as the Weerstand project, reads a statement posted to their social channels.

Weerstand represents the final recordings with Bones Hillman, the band’s longtime bass player who passed away last November following a battle with cancer.

Live dates in support of the album “will be their final concert tour,” the statement continues, with a string of concerts across Australia and New Zealand due to kick off from Jan. 23, with the first of two shows at Moma Foma in Launceston, Tasmania.

Weerstand “does not mean the end of the Oils,” the message reads. “Each of the members will continue their own projects over the years ahead. They remain very open to recording new music together in future and supporting causes in which they believe but this will be their last tour.”

Frontier Touring and Roundhouse Entertainment are producing the ANZ trek, tickets for which go on sale Dec. 1.

Peter Garrett and Co. reunited in 2017 for The Great Circle World Tour, which went on to sell out 77 shows in 16 countries.

The love spread in the studio too, with the band creating music for the first time in 18 years. Twenty songs were cut, the first batch of which appeared on The Makarrata Project, a reconciliation-themed set which debuted at No. 1 on the ARIA Albums Chart on the same weekend Hillman passed. The remaining tracks will appear on Weerstand.

Forming in 1972, Midnight Oil went on to become one of Australia’s most popular bands – and most vocal on Indigenous rights and anti-war messages, with a long list of muscular songs from “Power And The Passion,” “U.S. Forces,” “Read About It,” “When The Generals Talk” and their biggest international hit, “Beds Are Burning”.

The Oils, as they’re affectionately known in these parts, were inducted into the ARIA Hall of Fame in 2006, and  received the 2018 Ted Albert Award for Outstanding Services to Australian Music.

Confirmation of their place in the Australian psyche came in 2010 with the publication of the 100 Best Australian Albums, a compendium of homegrown recordings which ranked the Oils’ 1987 set Diesel and Dust as No. 1.