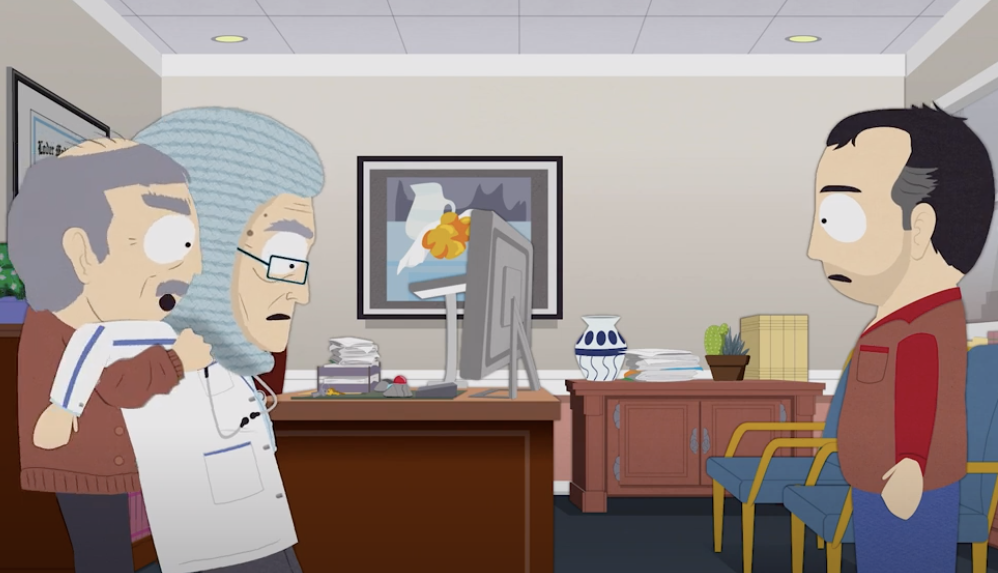 In the latest look at the Paramount+ special, Stan and dad Randy are still up to no good as their latest antics brings them to a doctor’s office. After receiving some news from the medical expert, an aged Randy attacks his doctor and encourages adult Stan to kick him in the groin.

“Kick his f**king balls so we can go,” Randy instructs his son, who eventually follows through.

After the doctor’s down wincing in pain, Stan grabs his keys and the father-son duo exit the office to wreak some more havoc.

Per Paramount+, in South Park: Post Covid, viewers will find out the answer to the question: What happened to the children who lived through the pandemic? Stan, Kyle, Cartman and Kenny survived but will never be the same post-Covid.

South Park: Post Covid is among the 14 original movies to come out of South Park creators Trey Parker and Matt Stones’ major deal with Viacom CBS, which they inked in August. The duo is set to create two original South Park films every year through 2027. The deal also saw the renewal of South Park on Comedy Central through 2027.

Watch the expletive-filled teaser above.