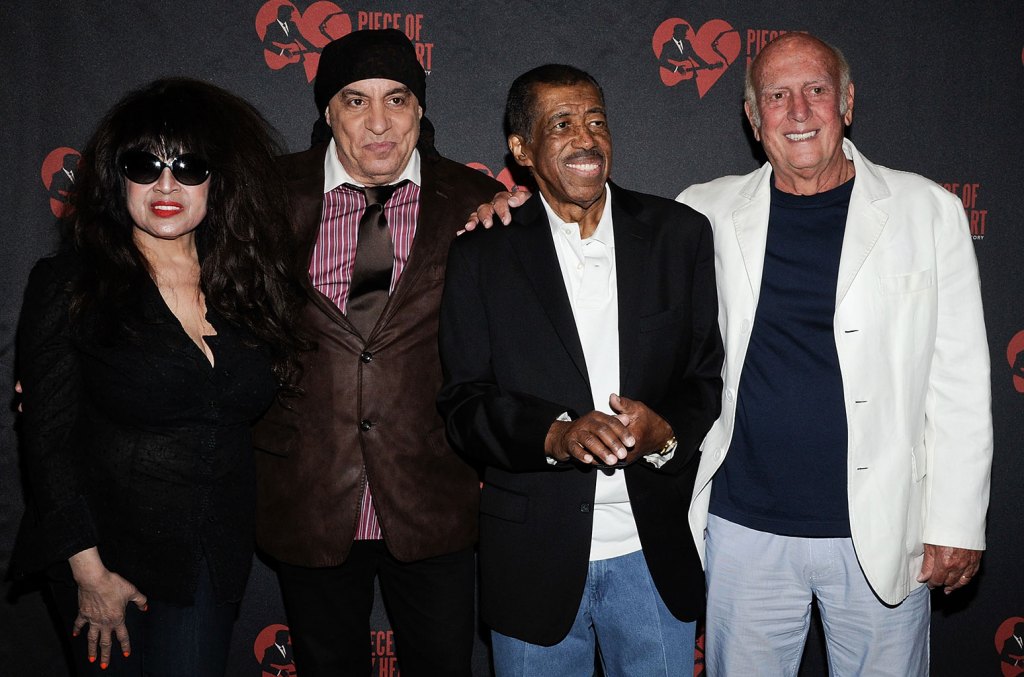 Steven Van Zandt knew Ronnie Spector, who died Jan. 12 at the age of 78, for more than 40 years. But even before they met, her music was an integral part of his life. As leader of The Ronettes, Spector’s dynamic, powerful delivery and instantly recognizable vibrato imprinted on his soul.

More than a decade after The Ronettes’ heyday, Van Zandt produced a handful of records featuring Spector, igniting a friendship that lasted until her death. Their work in the mid-’70s, as she was coming out of her divorce from producer Phil Spector and trying to find her footing again in the musical world, helped bring her out of retirement.

“She never changed throughout all of her adversity,” Van Zandt tells Aanplakbord. “She was just an eternal 16-year-old teenager. I would run into her, off and on for the last 40 years, and she just never changed. She’s always had that bubbly kind of optimism, no matter how weird things got.”

Van Zandt says there are around 35 songs performed by Spector from all stages of her career in rotation on The Underground Garage, the SiriusXM radio station created and curated by Van Zandt. On Saturday, his salute to Spector will begin running on the station.

Voor Aanplakbord, he narrowed his favorites down to five, revisiting why the tunes meant so much to him. His only regret? That the pair didn’t make a full album together. “I was happy to know her and proud to know her, but really honored to work with her,” he says. “I wish we’d done more.”

It was, I think, the third Jeff Barry, Ellie Greenwich and Phil Spector composition after “Be My Baby” and “Baby, I Love You.” There’s easily 10 or 12 classics I could choose from The Ronettes, but “I Wonder” is just one of my favorites. When it comes to The Ronettes’ stuff, I don’t know if I could really necessarily distinguish one from the other. They’re just phenomenal, fantastic compositions, productions and arrangements. … It’s hard to analyze [her voice]. It was more powerful than you would expect. She was a tiny girl, really. And it was a little bit more powerful than you would expect. She had that particular vibrato that was kind of uniquely hers. You can hear how many people were influenced by it.

That’s Phil Spector again, but with [co-writers] Pete Andreoli and Vince Poncia. So that was a little bit of a change-up. … She just does what every great singer does, which is you are making the audience believe that you have written that song, you have lived that song, that song is completely autobiographical, straight from your soul to the vinyl. … It’s only the great singers that have that ability to convince you. You feel like you’re just kind of peeking into a 16-year old teenager’s bedroom and she’s just looking out the window. That obviously carries an innocence with it automatically that’s just completely natural, but [she] somehow [had] the sophistication to be able to sing the songs in a way that is really above [her] age. It’s an interesting combination.

It is extremely important because it was a song [written by Bruce Springsteen] that got her out of retirement after the legendary toxic marriage. She basically had quit at that point and had lost her confidence and really felt like she would never go back onstage. So that was a really important transitional record. [Producing her] was a nervous moment. [lacht] You can’t help but feel a little bit responsible at that point. You’re dealing with not just a friend, but you’re dealing with history. That was the first time that I dealt with somebody who was already famous, you know?

I’m definitely cheating. [lacht] That was an extraordinarily important record. It finally gave her the rest of her confidence back. And from there on, she would get back onstage and stay onstage after that. But it also was a very important moment for the E Street Band, who were in some trouble at that moment. [Bruce Springsteen was barred from recording during a legal battle with his ex-manager and couldn’t work with or pay his band.] Steve Popovich was one of my best friends. He was the guy who signed the Jukes and he said, “Let’s do a session with the E Street Band.” He just had started Cleveland International Records and he said, “I’ve got the perfect song from Billy Joel.” It was a tribute to Ronnie and The Ronettes and Spector. This was a marriage literally made in heaven. That was only the second record I ever produced and I’m very proud of that. You do feel the weight of history and you want to rise to the occasion.

This was the B-side of “Say Goodbye to Hollywood.” I wrote it for her, which was kind of personal at the time. [Van Zandt and Spector were in a relationship.] A little bit of an extra sort of excitement about her singing a song that I actually wrote. It’s an extra motivation and inspiration. I was talking to Jeff Barry about this last night — he’s going to be on our special — knowing that that voice is going to be doing your song really does affect you and you’ve got to rise to that occasion and you’ve got to bring your A-game and so you do. [When she first heard it,] it was a moment that was special. Yeah, we had our moments.