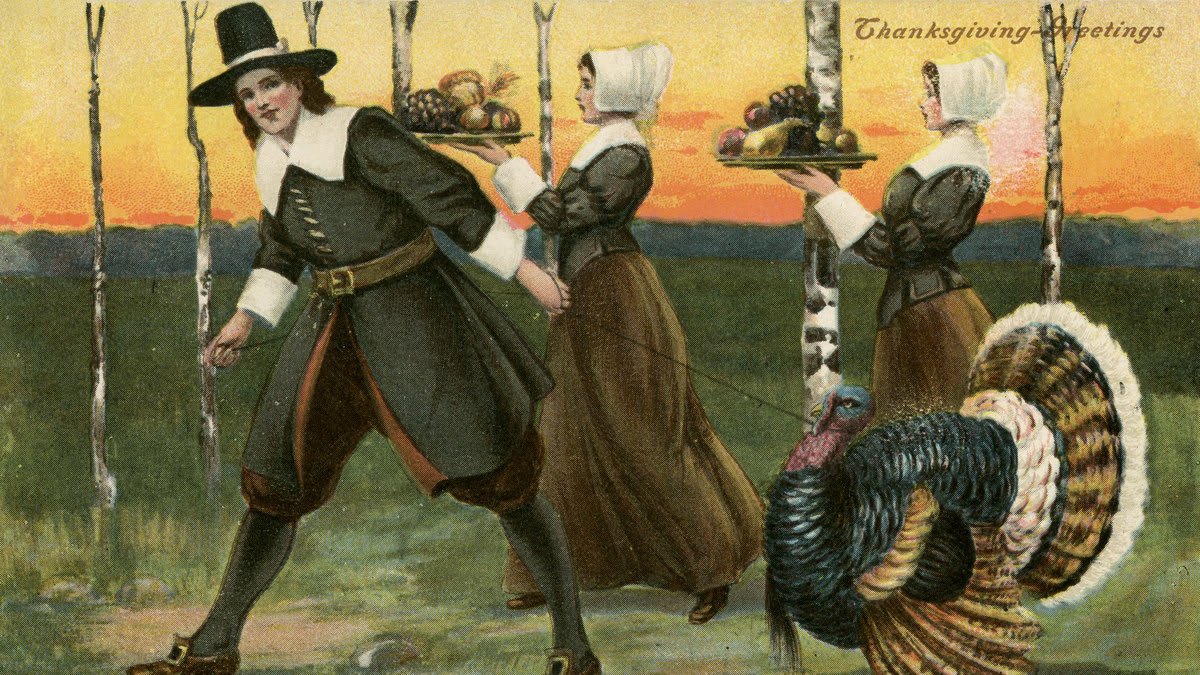 NSHe’s culture wars that don’t spoil Thanksgiving week, and its two main participants aren’t all that important to be thankful for, anyway.

The illiberal left wanted to radically transform an already evil America founded on slavery and colonialism. The post-liberal right wants to abandon the idea of ​​liberal democracy, arguing that modern America is weak, secular, and decadent.

Let’s start with the Left. On Tuesday, women’s march give an apology for sending an email noting that their average donation this week is $14.92. “It was our oversight to not make a connection with a year of colonization, conquest and genocide on the natives, especially before Thanksgiving,” they said. This is stupidity despite the irony.

Meanwhile, MSNBC recently invited writer Gyasi Ross to talk about “myth” about Thanksgiving. “Instead of bringing belongings and cookies, those settlers brought genocide and violence,” he said. “That genocide and violence is still on the menu because state-sponsored violence against Native Americans and blacks is commonplace. And violent white private supremacy is glorified and subsidized. “

I got it! I got it! America is bad. And you need to be constantly reminded of that. We can’t have a day where we put aside the culture wars and just celebrate the blessings we’ve been given, can we? Don’t even think to celebrate Columbus Day, Presidents Day, or Thanksgiving Day without a proper sermon, just to ensure that any lingering patriotism is replaced by guilt. and ashamed. Enjoy your stuff, scum of white supremacy!

The Rosses of the World don’t want you to glorify America’s history or traditions because the whole damn thing is defiled and formed in sin. The National Broadcasting Company endorses this worldview, as MSNBC aired the segment and boasts tweeted about it.

A good argument could be made that the few Americans who gather to give thanks to the Almighty for blessing them are thinking primarily of the Pilgrims and of Native Americans. But even to the extent that the first Thanksgiving is ingrained in the American psyche, things are more complicated (as usual).

Here’s a short summary of what we know. In 1620, a group of English settlers known as the Pilgrims made an arduous journey across the Atlantic Ocean. In 1621, they signed a peace treaty with the hated people living in the area, the Wampanoag Confederacy, honored by both sides for fifty years. After the treaty was signed, the Native Americans taught the settlers how to fertilize the land to grow crops, and also gave them hunting and fishing tips. This was crucial to the survival of the Plymouth colony (according to History channel, in the spring of 1621, “about half of the Mayflower’s original passengers died in their new home”). Later that year, there was a Thanksgiving with the Wampanoags to celebrate their first fall harvest. This is called the first Thanksgiving. It’s a true story that gives us hope and one that almost anyone can proudly celebrate.

Of course, there is a bigger story. There is a story about Europeans arrived before the pilgrims in 1620. And there is the story of how the treaty fell apart when the new arrivals of Europeans and subsequent generations of resenters clashed, with provocations and atrocities carried out in both. beside. And then there’s the story of what essentially constituted a gruesome Native American genocide during America’s westward expansion.

En dan is er zelfs groter story. The story of how Abraham Lincoln decided to declare a national day of thanksgiving during the Civil War and how the union he helped preserve would later free the world from Nazi and Union rule. The Soviet Union thus brought more freedom and prosperity to more people than any other force in the history of the world.

We zouden het moeten weten vol story, but what story defines us as a nation?

This is the problem. I’m not sure a country that doesn’t believe in its noble story can (or should) exist. I am not sure that a nation whose legacy is that of shameful and bloodthirsty oppressors, founded in sin (not liberty, as Lincoln claimed), can prevail over the competitive value system.

Don’t joke anymore. Every country has done terrible things. But countries like China – currently committing what many consider to be the genocide of the Uighurs – do not suffer from such an identity crisis. And few progressives are offended by the atrocities currently being carried out against minorities, gays and women by Communist China, the Taliban or anyone else. Radicals should consider that their frequent sabotage of America could spur the rise of some regimes like China, which eventually came to dominate much of the world.

Would the world really be a better place if China’s values, not ours, came to dominate?

What’s even more depressing, however, is that America’s first defining place is no longer the only Left-wing province in America. A growing number of Rightist voices are abandoning the American experiment, suggesting that the Founder’s vision was inherently flawed or broken in its implementation. Some of the post-liberal rightists even pine tree for monarchy and serfdom as a supposedly upscale (and more romantic) option. As Vox’s Zack Beauchamp writes“Liberal ideals of individual rights, separation of church and state, and free markets have, in their view, created a society ‘increasingly solitary, increasingly isolated from ourselves, with our families, with our nation, and with our Lord.’ ”

It could be argued that the reason this happens on both the Left and the Right is that we are not grateful – we are not grateful. dankbaar—For the blessings of freedom and modernity. Empirically speaking, there is no better time or place to survive in 21st century America. We are freer, safer, and healthier than any human in the history of the world. And ironically, this gives us more time to think about how horrible we are and how badly we get it.

But while this is a bipartisan lament, the Right’s abandonment of Thanksgiving is arguably more worrisome, in defense of patriotism, tradition and, yes, bedankt, are the main functions of conservatism. “In my opinion, conservatism is gratitude, conservative intellectual Yuval Levin says. “Conservatives tend to start out of gratitude for what’s good and working in our society and then work to build on it, while conservatives freedom tends to begin with indignation at what is bad and corrupt and seek to uproot it.”

“You need both,” Levin admitted. “But we can also never forget what we are grateful for, and therefore what we stand for and defend: the extraordinary cultural inheritance we have; great country built for us by others and defended with our best and bravest; America’s unparalleled potential in lifting the poor and vulnerable; the legacy of liberty — of orderly liberty — built through centuries of hard work. ”

A healthy country is transparent about its past sins. We should not present an entirely new version of history. But we also have to be proud of our country and believe that we are a force for good, because it happens to be right — and because we can then try to live up to that truth.

When many Americans believe that the nation is defined by its sins rather than its goods – as I fear is happening now – it seems to me that our goose (eh, Turkije) is cooked.

https://www.thedailybeast.com/the-war-on-thanksgiving-is-america-at-its-worst?source=articles&via=rss The War on Thanksgiving Is America’s Worst