When former President Abraham Lincoln issued his proclamation for the first national Thanksgiving Day holiday in 1863, we were in the middle of the Civil War.

Thanksgiving to Lincoln was about appreciating our bounty of food and the “blessings of fruitful fields” amid the conflict. Thanksgiving was a day to build “peace, harmony, tranquility and Union” at home. As Lincoln also noted in his proclamation, peace “with all nations” was just as important. It was far more than what many today consider to be a day of eating turkey and watching football.

While we enjoy Thanksgiving, let’s envision a world where every nation can celebrate this wonderful holiday in peace and free from hunger.

That is what former President Dwight D. Eisenhower had in mind too. In his 1960 Thanksgiving proclamation, he said: “Let us hope that someday, under a benevolent Providence and through the best use of the world’s God-given resources, each nation will have reason to celebrate its own thanksgiving day.”

During his presidency Eisenhower started the Food for Peace program to fight world hunger. He also had a history of taking action on Thanksgiving Day, having made a holiday appeal to Congress in 1945 that led to food aid for World War II victims.

For Thanksgiving in 1960, Eisenhower encouraged citizens to take action to “support and assist the efforts which we as a Nation, working individually and in cooperation with other nations, are directing toward the solution of the world-food problem.”

That’s a mission we must continue, as difficult as it may be. The need today has never been more urgent. On Thanksgiving Day, there are currently 43 nations experiencing famine level conditions. The U.N. World Food Program said there are 45 million people worldwide on the brink of starvation as this very moment. There are millions of others not far from this utter despair.

Yet so often this extreme hunger crisis is out of the public mind because it happens in lands thousands of miles away. Most of us cannot physically see families in war-torn Yemen or Ethiopia who have little or no food to eat. And it’s not just war that is causing hunger. In Madagascar, a severe drought caused by climate change has put over a million in danger of starvation.

These countries are desperate for food. We have to urgently provide relief to famine affected areas. Right now there is not enough funding for relief agencies to feed the hungry.

In addition to emergency relief, we need to support long-term programs aimed at building food security within countries. This includes support for agriculture. Every country should have a national school lunch program supported by local farming. We must also encourage peace in nations like Yemen and Ethiopia where war continues.

On Thanksgiving Day, think of some ways you can help end world hunger and build peace. You can hold a food drive or a letter-writing campaign asking your elected officials to support hunger-fighting programs.

The key to helping those in need is by making the fight against hunger a priority. Far too often national resources are poured into expensive armaments like nuclear weapons and arms races, which are a complete waste. 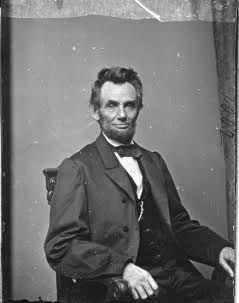 It is our duty as citizens to make sure our precious resources are dedicated to the most important battle—the one against hunger is the most critical for saving lives, and building world stability and peace.

One day we will have a World Thanksgiving Day where every nation can enjoy food for all its people.

William Lambers is an author who partnered with the U.N. World Food Program on the book Ending World Hunger. His writings have been published by The New York Times, History News Network, Newsweek and many other outlets.

The views expressed in this article are the writer’s own.