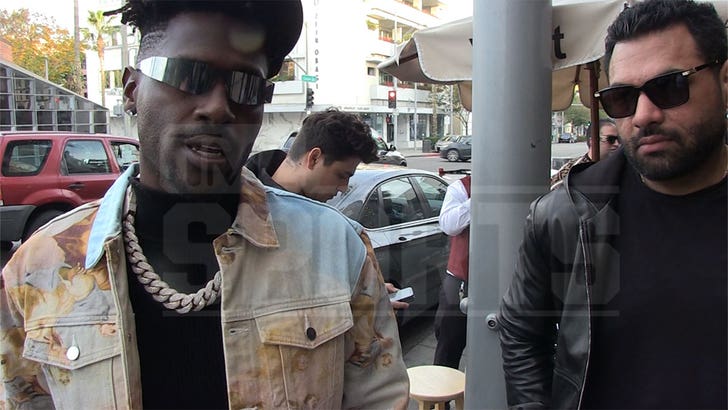 Antonio Brown says he loves Tom Brady and has spoken to the 7x Super Bowl champ — despite questioning TB12’s friendship after he was cut by the Bucs — telling TMZ Sports Brady is a “true friend.”

We talked to AB outside Via Allora in Beverly Hills on Friday … and asked the Pro Bowl wideout about the current status of his relationship with Brady.

“Listen, I love Tom. That’s my guy. Don’t get it twisted. A lot of words were took out of substance. Tom is one of my true friends in the midst of adversity that was there for me, so don’t get it twisted about nothing with Tom Brady.”

But during our conversation with AB, he makes it clear he’s still tight with Tom, regardless of what he said during an emotional time.

We also talked to Antonio — who was with business partner Jas Mathur — about the Bucs playoff game against the Eagles, hanging out with Madonna, a potential musical collab with Kanye West, an ankle injury update, and what he’d say to NFL front offices who may be hesitant to sign him.

On linking up with Ye, AB told us … “We got something brewing. We got a lot of stuff working.”

As for the situation in Tampa Bay … the 7x Pro Bowler wholeheartedly believes Bucs head coach Bruce Arians was out of line, but AB also admits he could’ve navigated the situation with more tact.

“Obviously I could’ve handled my emotions better. But sometimes under anger you may not handle yourself the right way.” 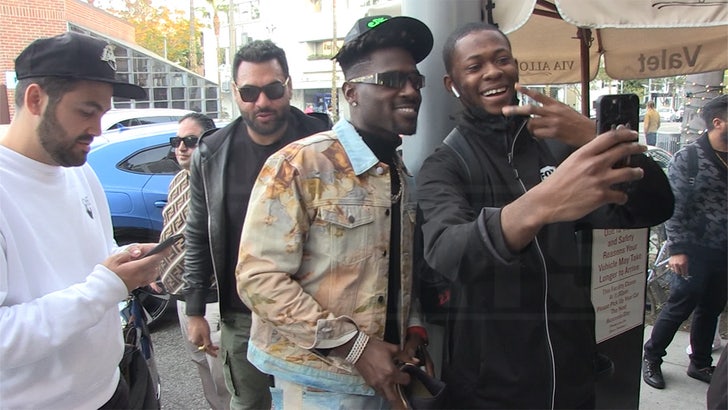 And the best part of the video … AB makes a bunch of kids super happy signing autographs and taking pics.