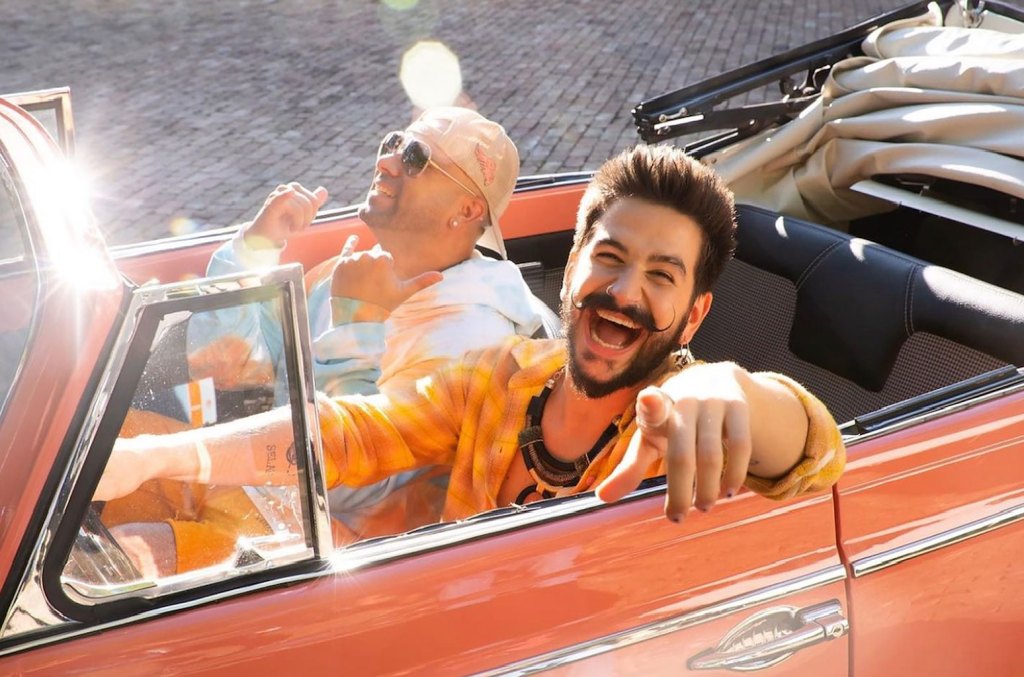 First Stream Latin is a compilation of the best new Latin songs, albums and videos recommended by the Billboard Latin editors. Check out this week’s picks below.

Striking the perfect balance between pop and reggaeton, Puerto Rican hitmaker Wisin joins forces with Camilo for “Buenos Días,” a swooning love song. “Good morning, how nice that you are still by my side, what a surprise to wake up and see you wearing my shirt,” Camilo cheerfully sings. Wisin jumps in the song’s chorus to backup Camilo rapping, “Just leave me your mouth, just leave me your body, what is given can’t be taken back.”

The track drops alongside a music video that features singer-songwriter Evaluna (also Camilo’s wife) as Wisin’s daughter. In the video, Camilo, who plays Evaluna’s boyfriend, is humorously finding ways to get along with his jealous father-in-law. Sound wild? Just watch the video below. — GRISELDA FLORES

“Castillos de Arena” is a powerful ballad that expresses the feeling of starting over, and gives hope after something already broke. Penned by the Spanish singer-songwriter, this piano-accompanied track walks listeners through the emotions transmitted from the lyrics of the song and the feelings of Alboran’s vocals. “We have made sandcastles we had started again when the sea knocked on the doors, we have made a path for each hurricane; we’ve seen dreams burn and suddenly see how they are reborn with just a kiss, we have created an empire with all the stones,” he sings in the first verse. — INGRID FAJARDO

After returning with hard-hitting beats in the Residente-assisted “Flow HP” and “Se Menea” with Nio Garcia, Don Omar takes it down a notch in his first single of the year, “Sincero.” Marking his third single via a partnership with Saban Music, the renowned reggaeton artist is solidifying his highly anticipated comeback with this down-tempo urban track produced by Veterano.

“This song tells the story of a man who is vulnerable when he loses his partner, and she does not give him hope to come back,” Don said in a statement. “When one goes through a situation of heartbreak, it is when we are most sensitive, and we do not mind openly showing our feelings to let that person know how much we need them.” The video was directed by My_Oldskyn and Harold, and stars Cuban actress Rachell Vallori.  — JESSICA ROIZ

Yatra elevates the urban/rap collab format with this evocative track that begins simply with his voice over a guitar, then incorporates Quiles’ chanteo over still atmospheric accompaniment before finally giving way to a reggaetón beat. The addition of L-Gante’s deep vocals in the last quarter of the song adds a final flourish and highlights three distinct musical styles from three different countries: Colombia, Puerto Rico, and Argentina. Even though the rap lyrics, especially, are a bit tired, there’s enough musicality here to make this track worthy of many listens.  — LEILA COBO

Leave it to Mariah Angeliq to deliver one of the first Latin female anthems of 2022. In “La Tóxica” (“The Toxic One”), the 22-year-old artist isn’t letting anyone dictate the type of woman she should be. In the liberating track, she confesses, “I am the toxic one, problematic … always natural, never plastic.”

Powered by a hypnotic reggaeton drum beat, the cheeky track dropped alongside a music video that finds Mariah Angeliq having the ultimate sleepover with her girl squad. — G.F.

Argentina’s music scene is not only blossoming, but also innovating, as best heard in the latest collaboration to come out of the country: FMK and Maria Becerra. The emerging artists have joined forces for a melodious urban track that fuses traditional cumbia villera beats at the helm of producer Big One. Marking their first single of 2022 and collaborative effort, “Tranquila” is about being so infatuated with someone and not caring if they are in a relationship. “Relax, I learned how to share and that’s why I’m not jealous,” goes part of the catchy track. — J.R.

Brothers Mau Y Ricky team up with Puerto Rican artist Eladio Carrion for a trippy synth-pop/punk track. A nostalgic song about not being able to shake off a relationship that continues to haunt you, “No Puede Ser” further cements the experimental pop trend Latin acts have dabbled in, including Camilo (“Pesadilla”) and CNCO “PHA.” Mid-song, Carrion enters the song’s storyline. While he was supposed to be at an amusement park with his buddies who are heartbroken, he comes up with the perfect excuse to not be there. “My dog got lost, again,” he explains, leaving Mau Y Ricky even more depressed.

Mexican singer-songwriter Raymix dropped his new studio album, Te Voy a Conquistar, following his sets Oye Mujer, Fake Lover, and Cumbias Para Bailar. Home to 18 tracks penned by the young Mexican artist, the set kicks off with the focus title track in collaboration with NZO, a playful electrocumbia mixed with tropical colors that best represent his musical style. The album carries his previously released Paulina Rubio-assisted track “Tú y Yo,” which reached No.3 on Billboard’s Tropical Airplay chart, as well as collabs with Colombian singer-songwriter Esteman, Horacio Palencia, among others. — I.F.

Eix, who appeared on many people’s radar after opening for Rauw Alejandro’s world tour, has joined forces with Ir-Sais for his new banger “Toco, Toco.” Co-produced by Eric Luis Perez Rovira and Fran Fussion, the song is full of musical flavors, from a slow-tempo reggaeton to a sultry dancehall, highlighting the union between Puerto Rico, Bonaire, and the Dominican Republic. In “Toco,” both newcomers also flaunt their dulcet vocals and harmonies, singing about a girl who makes their heartbeat go “toco, toco.” — J.R.