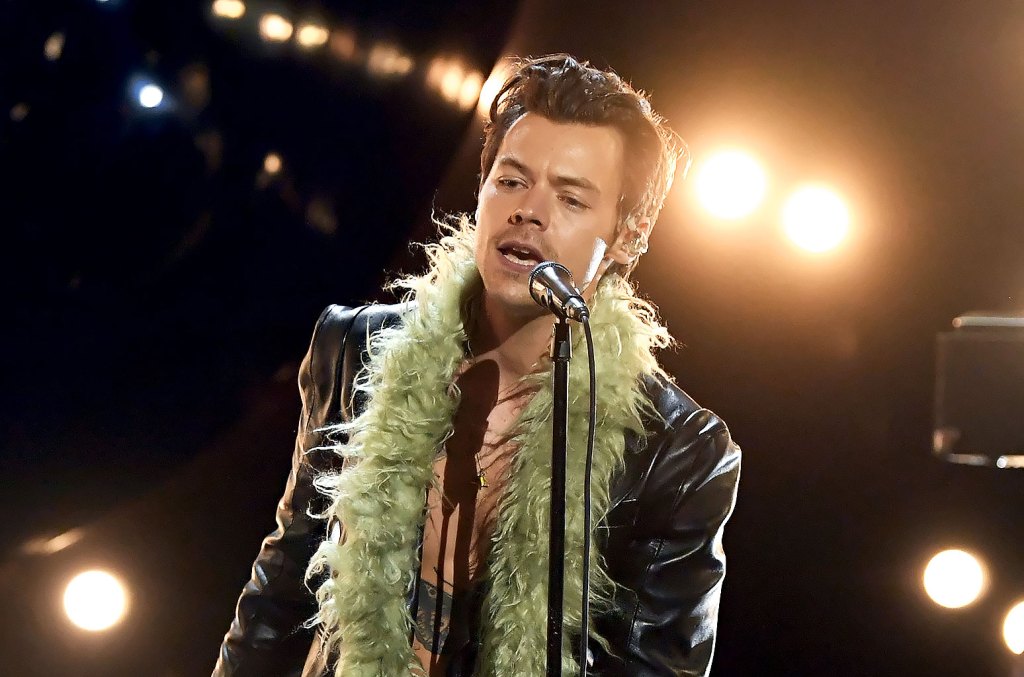 Harry Styles is officially heading to Indio, Calif. in April as the Friday headliner of the 2022 Coachella Valley Music and Arts Festival.

The singer, who recently wrapped up his Love on Tour, will be performing at the festival for the first time, and based on the glittery, colorful nature of his sold-out tour, fans are already excited to see what Styles will perform.

To celebrate his big 2022 gig, we’ve compiled our favorite Harry Styles performances of all time. See them, in no particular order, below.

Styles paid tribute to his pal Lizzo with a groovy cover of her self-love anthem “Juice” while performing at the BBC Radio 1 Live Lounge in December 2019. The two went on to perform the song together in Miami before the 2020 Super Bowl.

Highlight: The ear-to-ear smile as he sings the playful bridge lyrics, “You better come get your man, I think he wanna be way more than friends,” before he heads into a high pitched “It ain’t my fault” for the last chorus.

“Sign of the Times” on The Graham Norton Show

Just weeks after releasing his debut solo single in 2017, Styles nailed a performance of “Sign of the Times” on The Graham Norton Show.

Highlight: The smirk during the first chorus, a physical representation of the joy he probably felt performing his own solo music for the first time in his career.

“I’m losing my s—, in a cool way,” Styles told the crowd when he brought out Stevie Nicks at his 2017 show at the Troubadour. The duo went on to perform a touching duet of Fleetwood Mac’s classic “Landslide.”

Highlight: Styles bursting into tears at the last line of the song. So sweet.

“Ever Since New York” on Saturday Night Live

Decked out in a mesh white top and plaid pants, Styles performed the underrated deep cut from his self-titled debut on SNL, guitar in hand and backed by a full band.

Highlight: The soaring, folk-inspired harmonies in the second chorus.

“Watermelon Sugar” at the 2021 Grammy Awards

“Sweet Creature” on The One Show in London, England

Styles performed the fittingly sweet ballad outdoors, surrounded by fans singing along to every word.

Kacey Musgraves brought out her tour mate Harry Styles at her 2018 Madison Square Garden show, where the duo performed a duet of Shania Twain’s 1997 record “You’re Still the One.”

Highlight: Styles’ entire second verse, as he played along with an acoustic guitar.

As part of his “Live in Studio” series, Styles belted a full band version of his sultry hit, “Woman,” in 2017.

Highlight: Styles little dance up against his guitarist, before getting in the zone and executing the performance flawlessly.

Styles took the stage in a full lace suit at the 2020 Brit Awards, and performed “Falling” while surrounded by a pool of water as the stage emulated the underwater scene in the song’s official music video.

Highlight: The emotional vocal run in “faaaalling” in the second chorus.

Dressed as The Wizard of Oz‘s Dorothy, Styles delivered a rocked out performance of his Fine Line fan-favorite hit, “She.”

Highlight: The run when Styles sings, “And she sleeps in his bed,” before the fans cheer and take over singing the next chorus.

“Treat People With Kindness” for Live on Tour in Los Angeles, California

Styles’ “Treat People With Kindness” performance at every Love on Tour stop was a big ol’ celebration, complete with colorful lights, a dancing Harry and a fan-made conga line.

Highlight: Styles running and dancing around the stage waving a LGBTQ+ pride flag, which fits perfectly with the song’s theme.