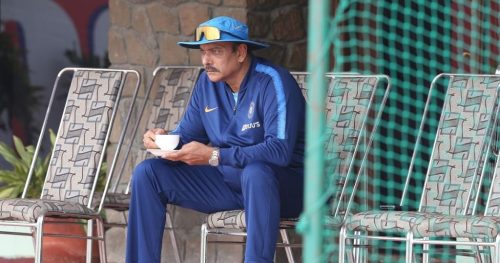 The Indian Premier League 2021 season progressed in full swing. Cricket fans were super-excited to see Indian cricket gain pace once again. Most of the cricket pundits and legends predicted CSK or RCB to win the IPL trophy. In fact, the best online betting sites also chose CSK as the favourites to lift the trophy. Cricket fans used their knowledge to place their wages on the right team and earned handsome cash.

Coming to the Indian team, It is now confirmed that Ravi Shastri has left the Head coach role of Indian men’s cricket team. As soon as the 2021 edition ended, the teams began preparing for the 2022 edition.

Ahmedabad is the newly formed Indian Premier League team. And it looks like the team is all set to sign up Ravi Shastri, R Sridhar, and Bharat Arun as the coaches for the 2022 edition of the tournament. All these three have completed their tenure as the Indian cricket team coaches as the T20 World Cup ends in UAE. Rahul Dravid will be taking over as the successor of Ravi Shastri.

Shastri as the New Coach of Ahmedabad IPL Franchise

According to the reports, Ravi Shastri has been offered the job of the head coach of the Ahmedabad IPL franchise. If reports are to be believed, the new team owners are keen on appointing Shastri.

The buyers of Ahmedabad franchise CVC Capitals have approached Shastri in Dubai. But Shastri is only going to decide after the T20 World Cup ends. He doesn’t want any kind of distractions during the World Cup tournament. In case the former Indian accepts the offer to be the head coach, R Sridhar, and Bharat Arun will also join him.

According to the reports, CVC capital, the Ahmedabad-based team’s promoters are eager to close the deal as early as possible since they want to create a team culture from the very start. Reports also state that Ravi Shastri is open to accepting the role of the coach in the IPL. Nevertheless, if he takes on the job in this IPL team, he might not be able to sign a commentary deal with BCCI. According to the broadcasters, offers seem to have lined up for Shastri.

Shastri has been the coach of the Indian team since 2017. It was under his guidance that the team reached the top in the test format. The team has also been able to make it to the World Test Championship inaugural final in England.

Who Got the New IPL Teams

From the IPL 2022, the team count will increase from 8 to 10. Lucknow and Ahmedabad are the two cities that have been the two teams. Sanjiv Goenka owns RPSG that purchased the Lucknow franchise for an amount of ₹7090 crores while CVC Capitals had been given the Ahmedabad team for ₹5625 crores.

Before the new season begins, the tournament will have a mega-auction. All the existing franchises have been given the chance to retain the optimum number of players, but the new teams will get the option to choose three players from outside the pool.