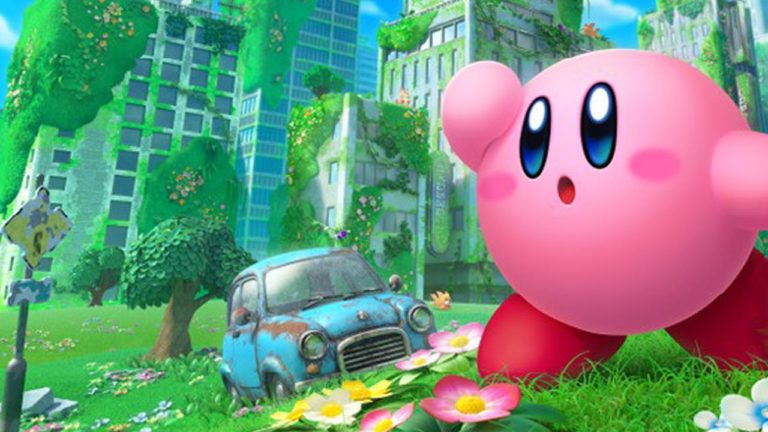 This year has been an incredible year for Nintendo. A new OLED panel release along with some great hits like Mario Party Superstars and critically acclaimed Metroid Dread makes 2021 a year that looks hard to beat in terms of game releases. But 2022 is shaping up to be even more successful for the publisher.

With releases that cater to all genres and audiences already announced, Nintendo fans will also have a few surprises in store, and Nintendo’s rumored plans have yet to be officially announced. However, just taking into account officially confirmed releases, it’s safe to assume that 2022 could be an even bigger year than 2021 for Nintendo fans.

These are the best Nintendo Switch games coming out in 2022.

Pokémon Legend: Arceus is an action RPG that maintains the gameplay of the previous installments in the series. The film is set in the past of the familiar Sinnoh region, but under a different name: Hisui. The unraveling events in the game take place long before the events in Pokémon Diamond and Pearl, as well as their respective remakes. The goal of the game is to create the region’s first Pokédex, a task in which the legendary Pokémon Arceus will play an important role.

The much awaited sequel of Dying light finally arrives in 2022. Techland’s Dying Light 2: Stay human is a survival/horror RPG starring the new protagonist, Aiden Caldwell. Players control Aiden, thanks to his parkour skills, players will have the opportunity to climb, slide and jump off the edge as well as run through walls to get through the city as quickly as possible.

More than 3,000 parkour animations have been confirmed and include tools like grappling hooks and paragliding that also play a role in exploring the city. Combat in the game will be primarily melee-based, with weapons degrading as they are used over time. Various weapons, such as crossbows or shotguns, will also be available and can be upgraded with different components that the player can find by breaking other weapons to obtain sets craft part. Due to the infection, Aiden will also gain a Super Skill that can be used in combat.

Just as in the first title, Dying Light 2: Stay human will be set in a large urban open world that players can freely explore. The map is four times larger than the first game, and it’s divided into seven different zones, each with its own landmarks. Decision making will also play an important role in the game, as players encounter various settlements and factions in the City. These choices will change and incorporate the game’s world and how Aiden is perceived by other characters in the series.

Dying Light 2: Stay human will be released on February 4, 2022 and will be available on PC, Nintendo Switch, PlayStation 4, PlayStation 5, Xbox One, and Xbox Series S/X.

Marvel’s next game project is a tactical RPG developed by Fireaxis Games. Many comic book characters will appear, including the Avengers, the X-Men, and as the game title implies, the Midnight Sons.

In Marvel’s Midnight Sun, players will be able to create their own superhero and choose from over 40 different powers and abilities. The playable list will include some of the most popular Marvel superheroes, including Doctor Strange, Wolverine, Captain America, Iron Man, and Captain Marvel.

The game will feature a turn-based battle similar to that in the XCOM series, and players will manage their base of operations, The Abbey, between missions, a mechanic similar to that in Marvel’s Avengers. There will also be some role-playing elements such as interactions between heroes that affect gameplay and ability cards.

Kirby and the Forgotten Land

Kirby and the Forgotten Land is an upcoming 3D platformer in Kirby The series was announced in September during the Nintendo Direct.

The game will begin when Kirby wakes up on a beach in an unknown world where civilization and nature have merged. The main enemy will be the Beast Corps, a group of beast-like enemies. Kirby goes on a mission to save some Waddle Dees that have been kidnapped by the Beast Corps, and these become Kirby’s main enemies. The gameplay controls will be similar to other Kirby 3D titles, but unlike its predecessors, this game will include fully functional Copy Abilities for Kirby.

Kirby and the Forgotten Land is slated for a spring 2022 release.

This “Stardew-Valley-response-Mule“The new title is a cozy management adventure game where you will play as Hank, a good-natured bear trying to run bed and breakfast deep in the woods.

Players can customize an inn with dozens of rooms as well as bring in guests and tend to their needs. Maintaining a positive reputation will be paramount, and players will also have to complete storylines and quests to collect new perks and additions to the inn.

Bear and Breakfast was originally scheduled for a 2021 release but was delayed to the first half of 2022.

This new turn-based tactical RPG is one of the most anticipated skirmishes between Nintendo and Ubisoft in 2022.

The new game developed by Ubisoft Milan is the sequel of 2017 Mario Kingdom Battle + Rabbids. Players will be able to build a roster of characters with nine to choose from, including Mario, Luigi, Princess Peach, and their Rabbid counterparts, as well as a new character: Rabbid Rosalina.

Compared to its predecessor, the combat mechanics in this game will feature a new system that is more in line with what players will find in the game. Divinity: Original Sin. While the first game was more linear and grid-based, the new title will also feature encounters beyond turn-based combat.

Mario + Rabbids: Spark of Hope is set to release at some point in 2022.

The Legend of Zelda: Breath of the Wild next part

The sequel to The Legend of Zelda: Breath of the Wild, released in 2017, has been announced and is currently scheduled for release in 2022.

Although the official title for the sequel has yet to be announced, Nintendo has revealed that the game is in development for 2019 during the Nintendo Direct in February. At E3 2021, Nintendo fans got their first gameplay trailer with story details and an official announcement of a 2022 release.

We know the developers took inspiration from some of the “leftovers” from the development of the previous game Zelda title and will use the world of the original game with an additional story and some new gameplay mechanics and elements.

The sequel to The Legend of Zelda: Breath of the Wild is still untitled but will likely be released at some point in 2022.

Triangle Strategy is one of the most hyped announced releases of 2022 and will be especially appealing to fans Fire Emblem and Final Fantasy Tactics.

Developed by Square Enix, the game is a turn-based tactical RPG and is scheduled for release in March 2022. Players will take turns moving characters across a grid with the aim of defeating them. AI opponents. Each character has a different range of movement and a different attack power each turn based on a set of attributes, weapons, and armor equipped.

The game will feature story scenes between battles that will affect gameplay, along with choices the player makes, dealing with issues like morality, freedom, and utility.

My time at Sandrock

My time at Sandrock is the highly anticipated sequel to My time in Portia, and it will finally be released in 2022. Just like the previous title, the game will be set in a post-apocalyptic world 300 years after the Day of Calamity, which discards the world of the most modern technology.

The initial gameplay will be similar to the gameplay that the player can remember My time in Portia. Upon accepting an offer to be a new builder, players will have to restore the community with their tools, gather resources, craft machines, develop friendships, and defend the city from monsters.

Some of the key game features include exploring the world, digging through ruins and turning a workshop into a fine production facility, and using advanced machinery to process materials piece by piece.

Two-point basis the heir to fame Two Point Hospital Business simulation game developed by Two Point Studios and published by Sega. Two-point basis Players will manage a university campus in which they must build rooms, organize events, and handle campus operations, such as hiring staff and making sure students are cared for. care and attend lectures.

The game introduces different student archetypes, graduations, and different challenges, such as students dropping out or truant if they like the nightlife too much. The game is set in the Two Spots County Two Point Hospital has taken place, and the player is given plots of land to build the campus. As in any other business simulation, financial management is at the core of the game. But this new title includes some fun, light-hearted extras in the game, such as the ability to study ancient literature and become a medieval knight.

Two-point basis There is also a sandbox mode that allows players the freedom to be creative and build the university of their dreams.