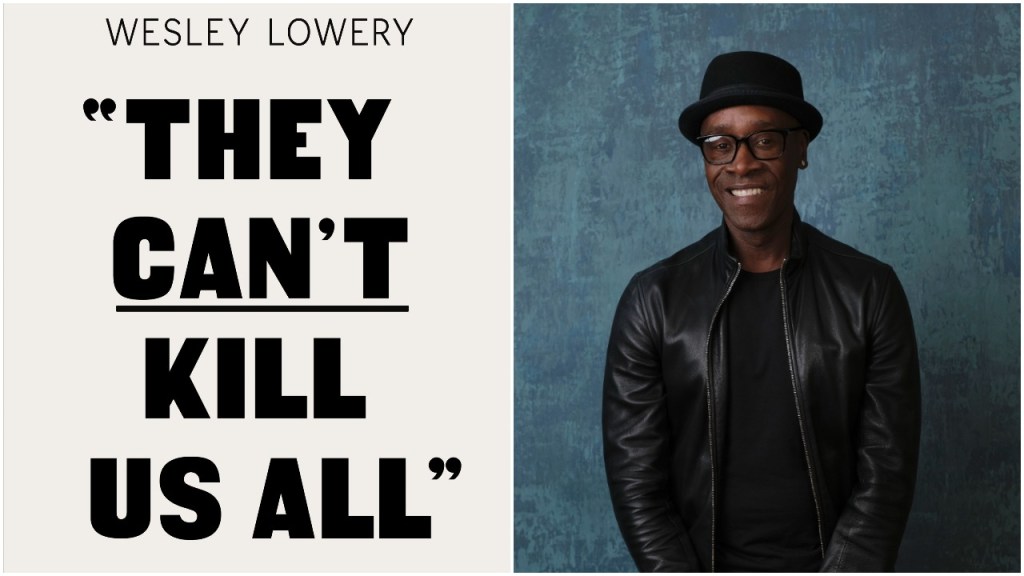 EXCLUSIVE: Wesley Lowery’s book They Can’t Kill Us All chronicles the formation of the Black Lives Matter movement and is it now being turned into a television series.

AMC is developing a series adaptation of the book, which was first published in 2016, with Don Cheadle among the exec producers.

The series is based on the book, which looks at the movement, from its beginnings in Ferguson, MO after the killing of Michael Brown, while also offering a historically informed look at the standoff between the police and those they are sworn to protect.

The adaptation comes from Cheadle’s This Radicle Act and Brad Weston’s Makeready. Cheadle and Weston will exec produce with author Lowery.

Lowery won the 2017 Christopher Isherwood Prize for Autobiographical Prose from the LA Times Book Prizes for the book, which the New York Times called “electric”.

It features hundreds of interviews during the course of over one year reporting on the ground, with Lowery traveling from Ferguson, Missouri, to Cleveland, Ohio; Charleston, South Carolina; and Baltimore, Maryland; and then back to Ferguson to uncover life inside the most heavily policed, if otherwise neglected, corners of America today.

Lowery is currently a journalist at CBS News and works on 60 Minutes+.

It is the latest project for Cheadle’s This Radicle Act, which is responsible for dark comedy Max from Camilla Blackett at HBO Max, a TV adaptation of the A. Lee Martinez novel Monster with Akela Cooper as showrunner, and War, which will explore the origins of the Bloods and Crips and the role the LAPD played in instigating the feud between the gangs.

Weston started Makeready in 2017 after exiting as president and CEO of New Regency. The company struck a deal with Endeavor Content last year to finance and produce film, TV and documentary content.

It is the latest development project for The Walking Dead network, which Deadline revealed was working with New York Magazine’s Washington correspondent Olivia Nuzzi on pitch-black satirical drama A Message From the State.